If you follow me on facebook you already know I scored another Roadkill Rescue. I drove past this old TV sitting curbside.   I got out of my car, examined it and then decided against it.   I really don’t need anymore projects. Then I saw it the next day,”Hmmmm,” I thought.   But I drove right on by.   Then I saw it the next day, then the next and then the next.   Five days on a busy street in my city and NO ONE PICKED IT UP.   What is wrong with you Hoosiers???

The day before trash day my husband and I went at midnight and hauled it into my van.   I couldn’t let it be thrown away– I am a Roadkill Rescue Hero! 😉 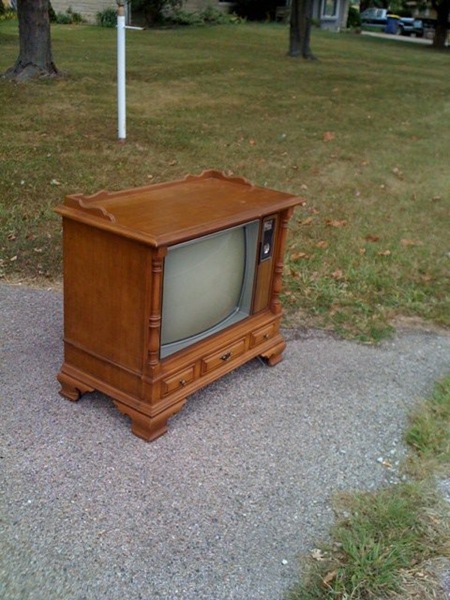 You think I am crazy don’t you?   I know! I know…I am half mental!
So I went through my strategies for Roadkill Rescues and I decided to take a chance!

First step…get that darn TV out of the cabinet. 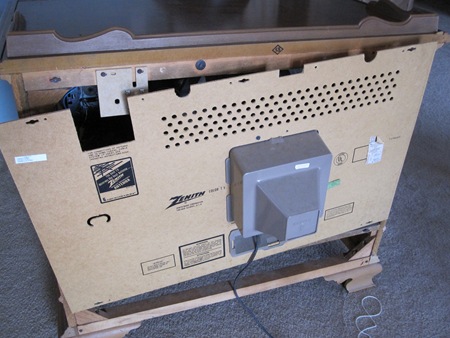 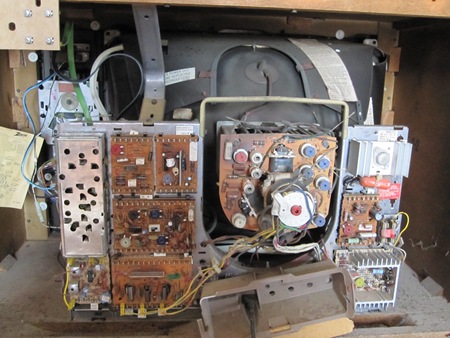 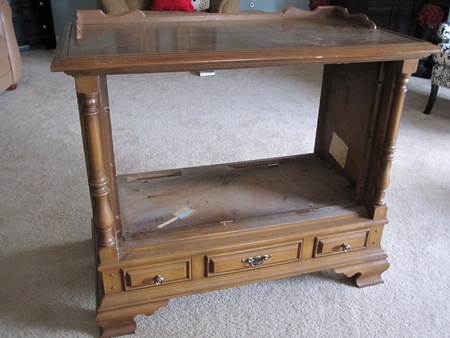 After the beast was out it was like 12,000 times lighter!   Then I started thinking through my options.   I could use a folding table in my laundry room.   I also thought about some more storage in the kid’s room.   Then my children decided it was an awesome place to play in. 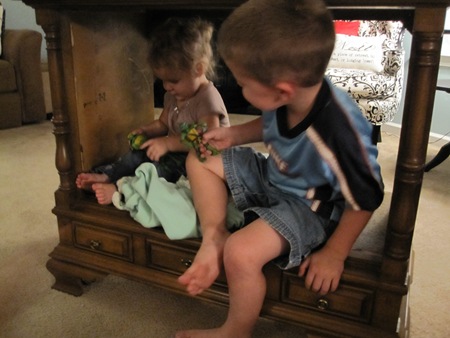 But in the end that isn’t what it became.

So I had a vision in my mind and I needed to take some depth off the cabinet.   I thought and thought about how to cut it in half.   I decided to get a second opinion because I wasn’t feeling very confident.   I asked my friend Mike if he could help me think through it.   Being the sweetheart that he is he said “I can help you do it right now if you want.”   So with a circular saw and sawzall he cut it in half for me.

It was so fun watching it transform! 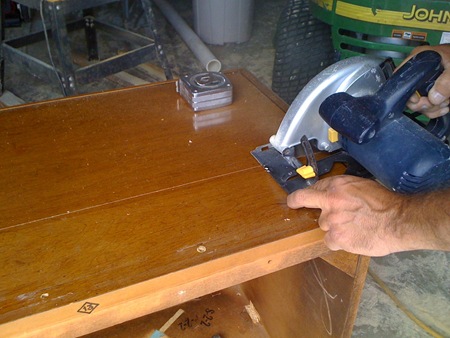 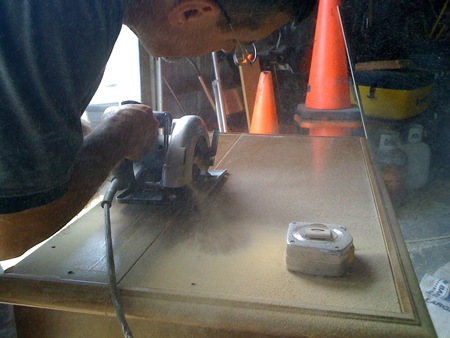 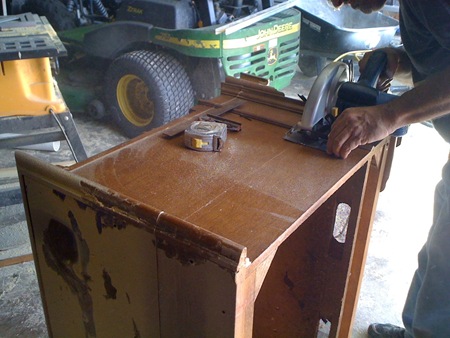 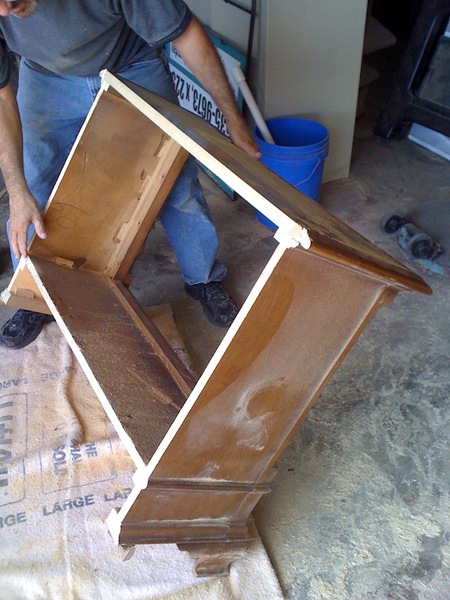 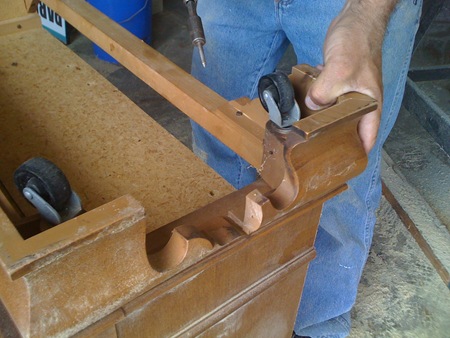 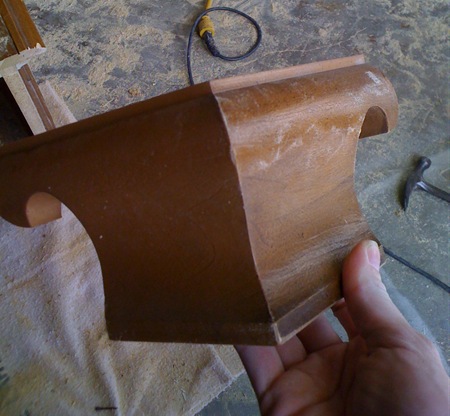 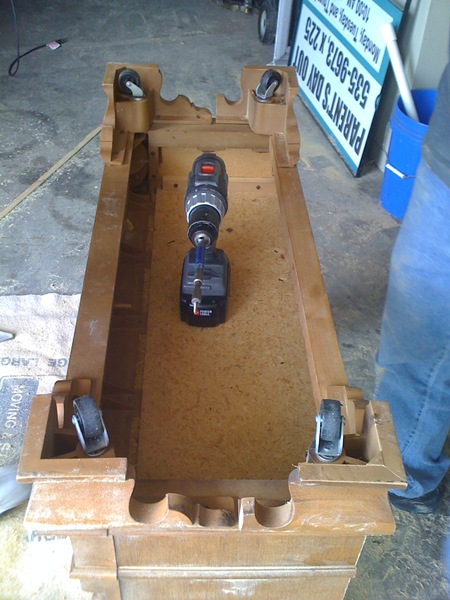 Since we cut off part of the foot I had to make a slight change in the front feet too by sawing a piece of it off. 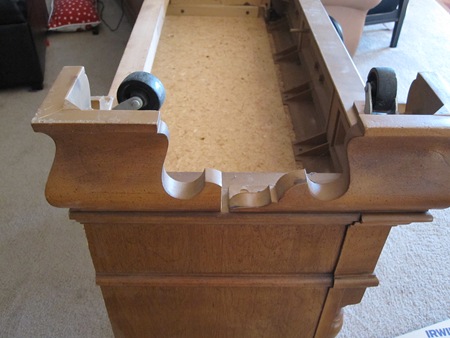 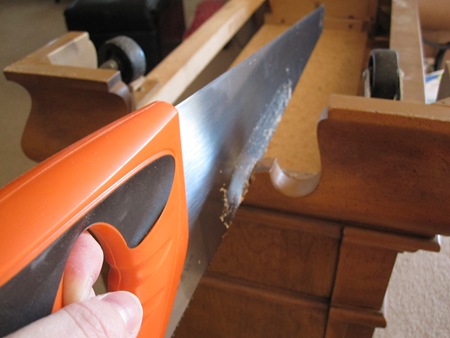 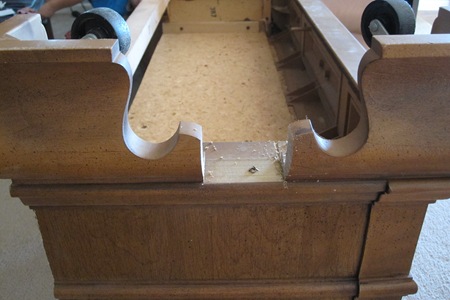 Check out the final reveal here.